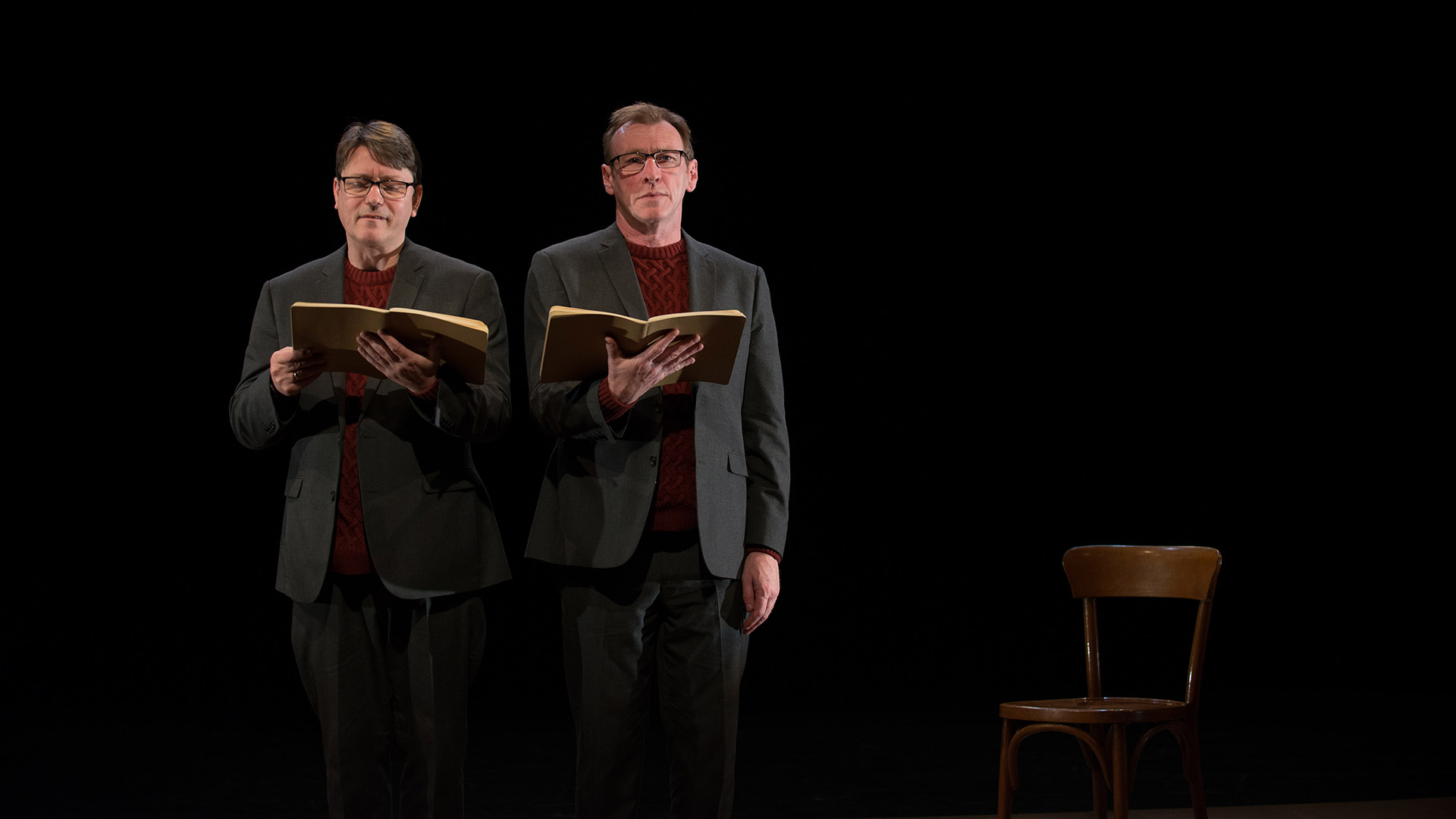 THE NOTEBOOK tells the story of twin brothers who are evacuated during World War II to go stay on their impoverished grandmother's farm. They are placed here because their mother can no longer provide food for them. There is a war going on. Their father is at the front lines, no one knows if he is dead or alive. Their story unfolds somewhere in a Central Europe that is still divided by the territorial divisions of the First World War. The twins at first seem like strange and dysfunctional social outsiders who understand the world by their own harsh moral code as the cruelty of war crumbles everything around them, the brothers are revealed slowly as struggeling moralists who do what they can to survive.

The award-winning British company Forced Entertainment touchingly recounts the twins' story in the performance THE NOTEBOOK. It's a very simple set up with minimal stage design that tells the story of lost childhood, during World War II in touching and compelling intimate theater.

The Notebook is a Forced Entertainment performance based on the award-winning novel by Hungarian writer Ágota Kristóf. Kristóf has a reputation as one of the most provocative exponents of new-wave European fiction.

"...Galvanising, and a reminder of the wide vocabulary of a company that is 30 this year and still at the top of its game."

"A marriage made in heaven, or in some very eloquent circle of hell"

In 2016 the theatre company Forced Entertainment became the first group to win the prestigious International Ibsen Award. The biennial award, which rewards those who bring "new artistic dimensions to drama or theatre", has previously only been given to individuals.

"A timeless parable of a lost childhood in the face of war".