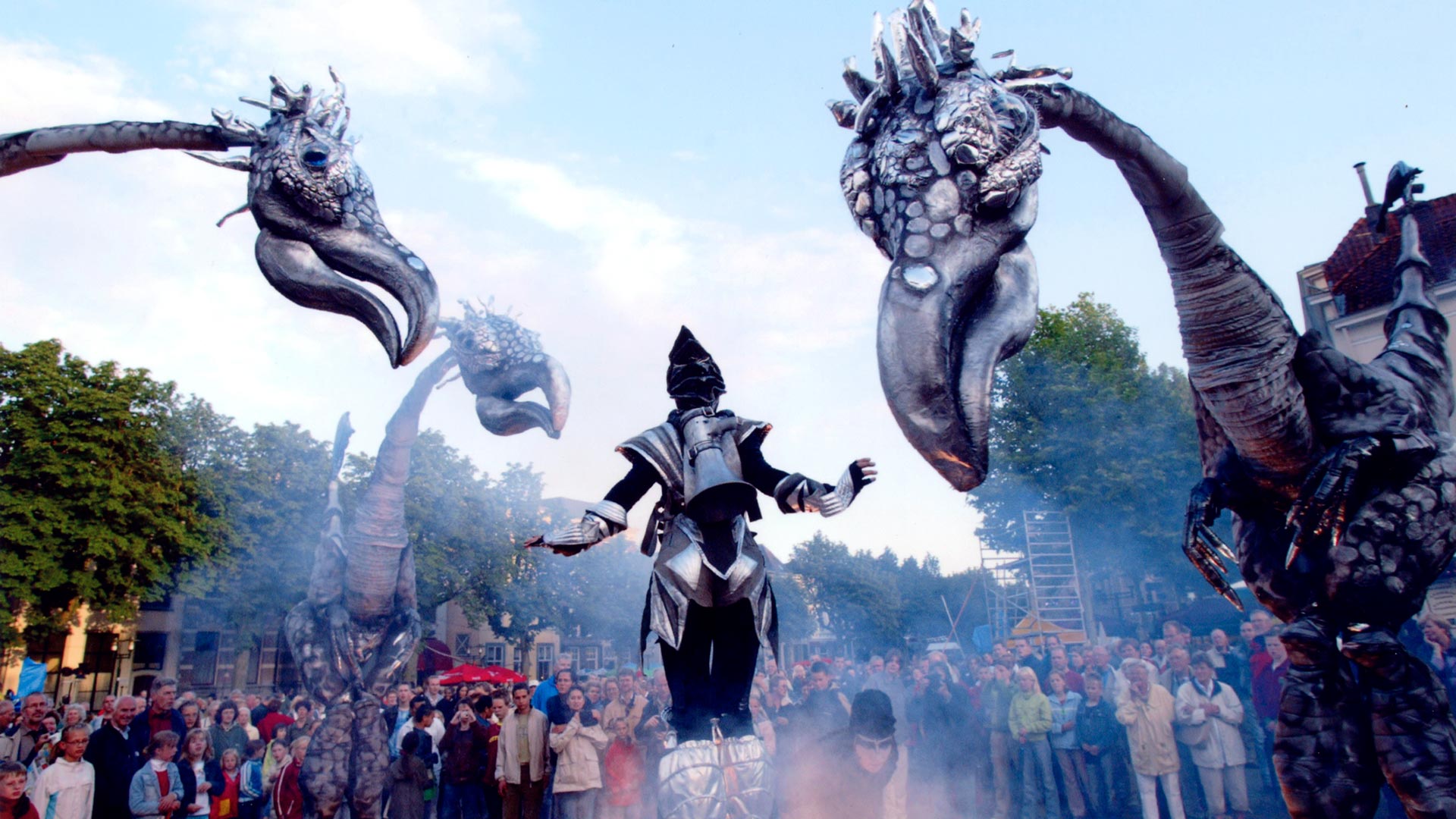 They are presumed to be extinct, nonetheless the biggest beasts that ever walked the earth return to the twenty-first century. With a deafening roar these Sauruses charge through the crowds, looking for food to calm their hunger. The giant beasts come very close to the audience, who must jump quickly out of the way before they get too close. But don’t worry! These Sauruses would much rather eat the green leaves on the trees than the people watching.

The biggest beasts that ever walked the earth will stomp around Bispetorv in Aarhus, turning it into a prehistoric landscape, as this multi-disciplinary street theater company from the Netherlands makes its Danish debut with Saurus. Watch in awe as four 5 meter tall creatures stalk the city in search for food. If you dare move closer to view these prehistoric beasts better you will find that the Sauruses are playful and spontaneous, snapping at hands and sweeping their tails. After a while they move on, lined up neatly, their heads bobbing in an easy rhythmic manner, before the gigantic but gentle beasts slowly disappear.