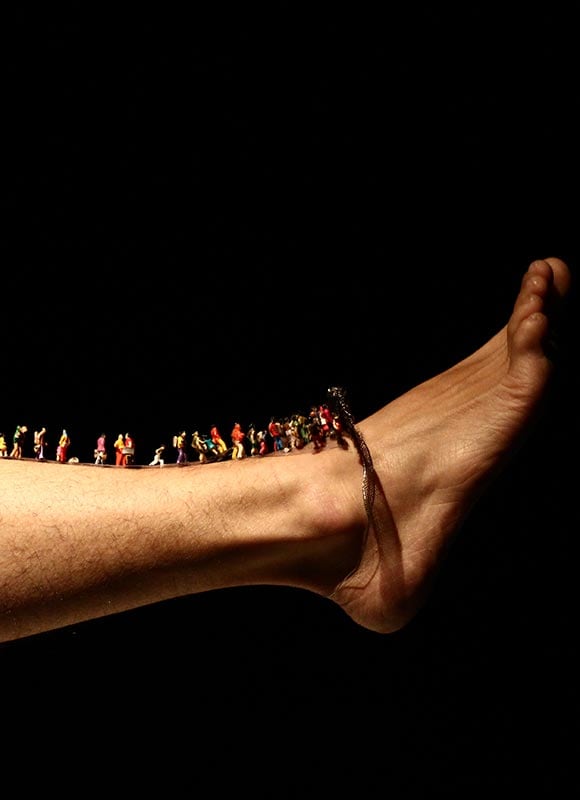 FIVE EASY PIECES is a performance about the Belgian child murderer Marc Dutroux's life and crimes  told by children. In 1995 and 1996 Dutroux kidnapped, tortured and sexually abused six girls aged 8 to 19 years old, four of whom died. Through five simple exercises, short scenes and monologues, 7 children step into different roles: a police officer, Marc Dutroux's father, one of the parents of a dead girl and others who are all linked to one of the cruelest crimes in Belgium's history. Despite the dark and tragic focal point, the performance is both intelligent, charming, funny and extremely touching.
In recent years Swiss theater director Milo Rau and his International Institute of Political Murder (IIPM) have captured the greatest international scenes with their incomparable political theater. Rau is not afraid to address taboo issues, and his performances span subjects such as the refugee crisis, the Rwandan genocide, the Congolese civil war and the freedom of art in Russia.

Click the button "buy ticket" and get a worldclass international performing arts experience.