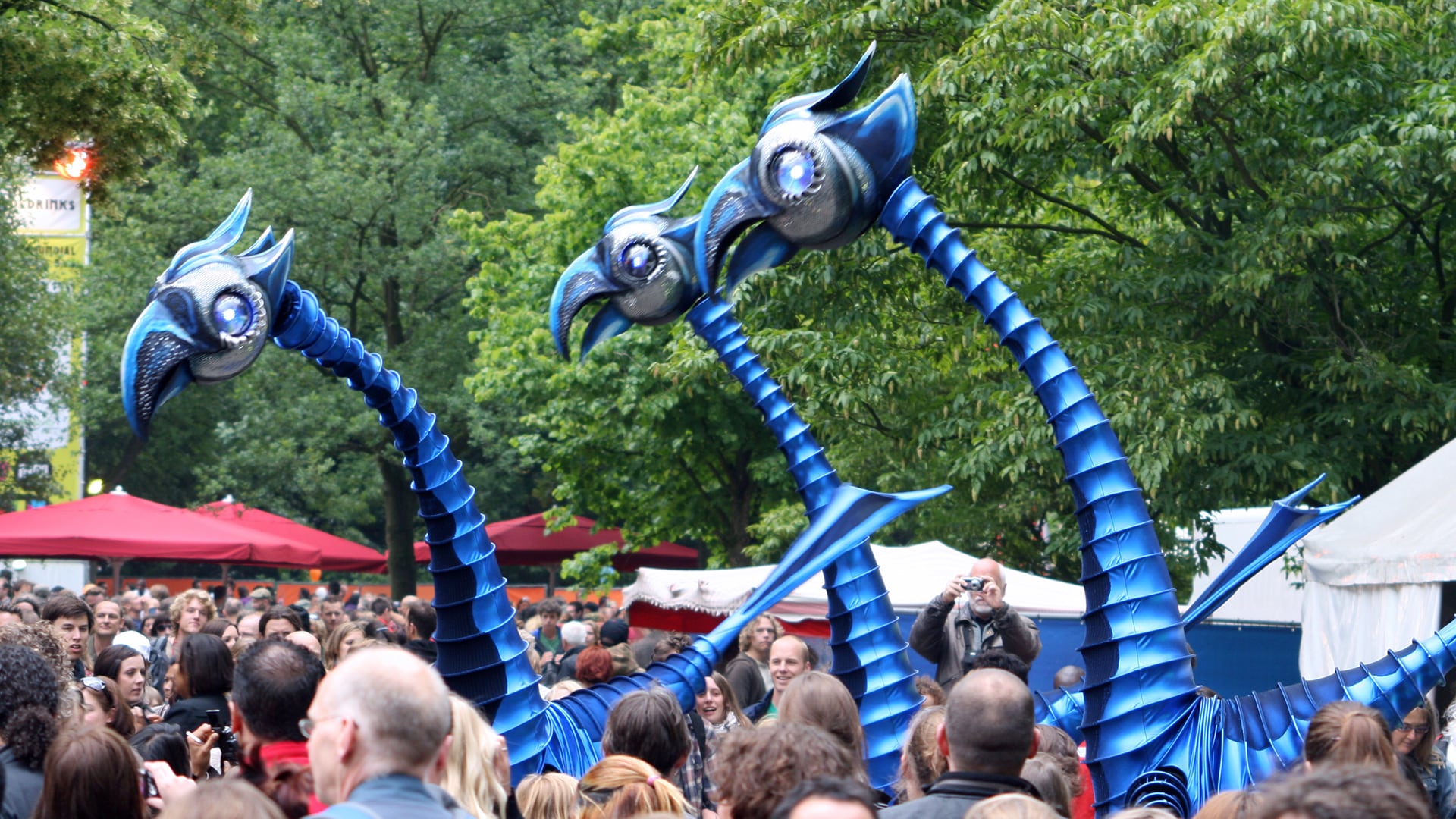 Even at a long distance, you can hear the flip-flopping steps of the strange and impressive blue creatures. Their characteristic long-necks towers over the crowd, while curiously moving around in an almost hypnotic trance.

Suddenly they spot you and their big and piercingly clear eyes meet you in an intense moment, before they move on and catch another spectator’s gaze.

The curious creatures are extremely friendly and cautious - if you are lucky, they might let you pat them or even eat from your hands. They will, however, eventually seek their leader, as they follow along into the city's streets and alleys in slow motion.

The interdisciplinary street performance group, Close-Act Theatre, works with a special theater form that unfolds above and among the audience, in the urban space, which becomes a living stage.

Produced by the Close-Act Theater